The Difference Between a Bulging Disc and a Herniated Disc

Before we get into the details of a bulging disc and herniated discs is important to understand the basics of the spine and disc anatomy.

Spine Anatomy: Your spine serves the essential functions of providing your body support and structure, allowing you to stand, bend, and twist. The spine also protects your spinal cord (part of the central nervous system) which is a highway of nerve signals allowing you to move and feel sensations. The spine is comprised of 33 bones which are divided into three major sections:

Each vertebra is separated by a fibrous intervertebral disc (IVD) which is made up two parts:

When your spine moves the discs in your adjust slightly to support the vertebrae. For example, when you bend over the anterior (front of your disc) compresses and the posterior (back of the disc) stretches. 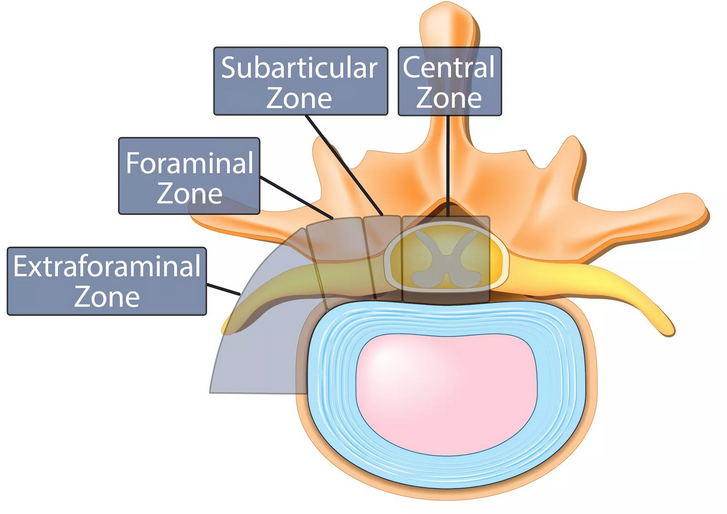 Types of Herniated and Bulging Discs

A Herniated Disc and Bulging discs can occur in the Cervical, Thoracic, or Lumbar areas of the spine.

Herniated and Bulging discs can also be classified by the area of the disc they invade (herniation zone).